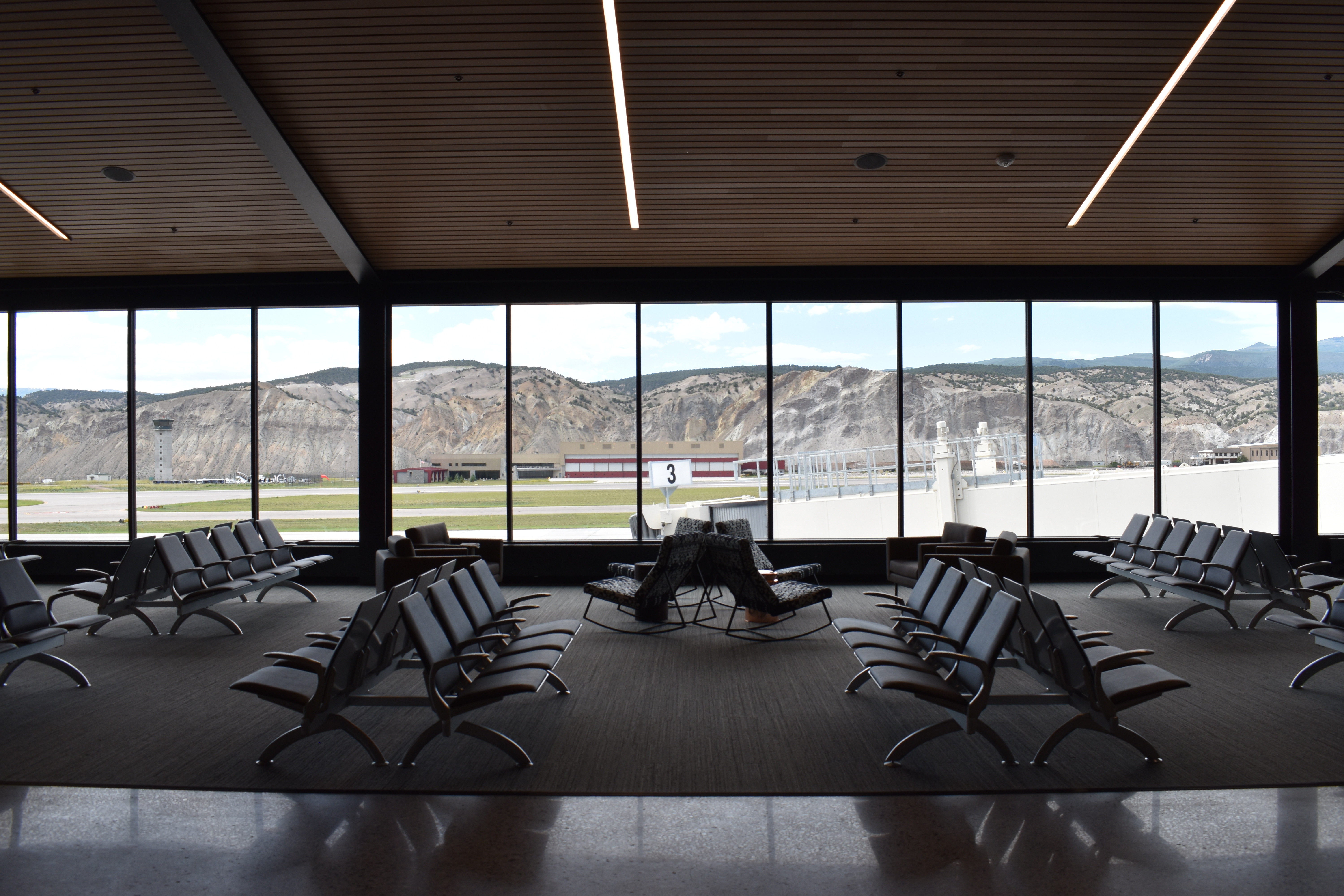 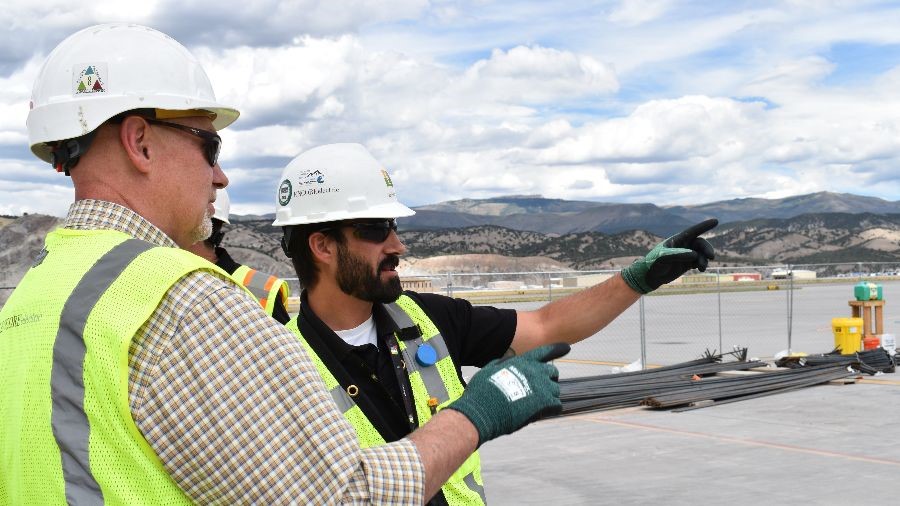 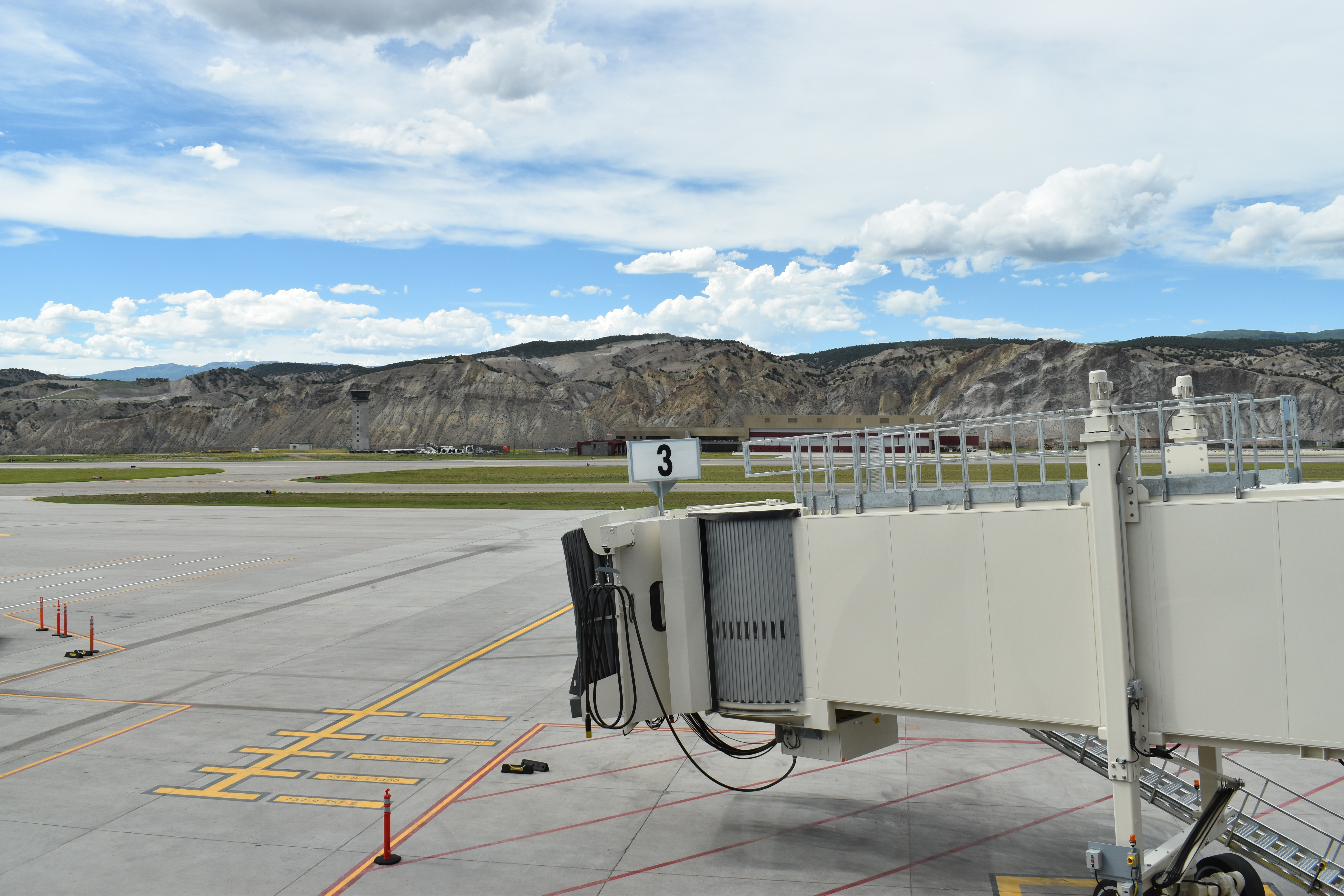 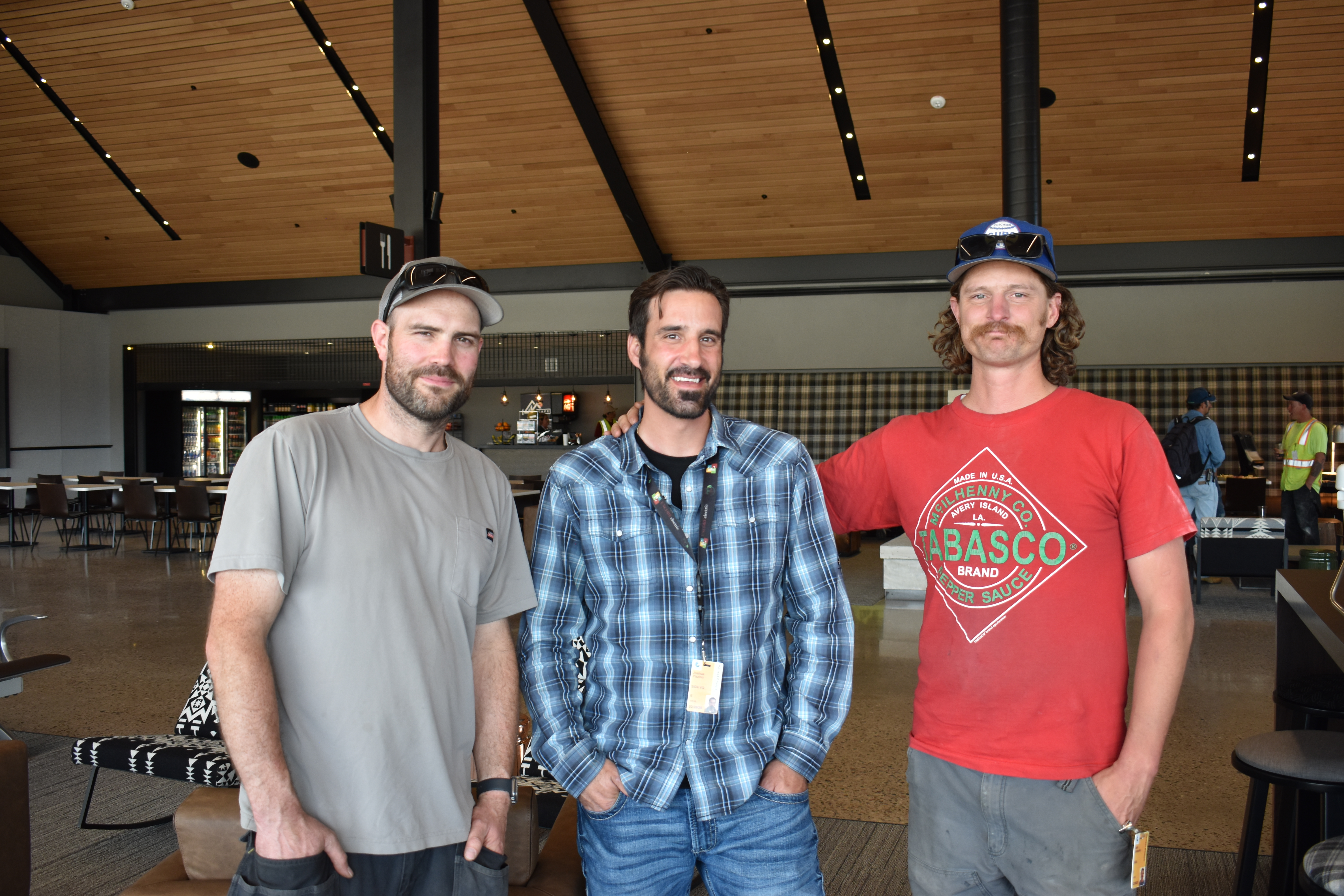 August 13, 2019  – Eagle County, CO — Set against the Rocky Mountains at close to 7,000 feet of elevation, The Eagle County Airport offers visitors the opportunity to enjoy the ski slopes, trails, and breathtaking mountain views that the surrounding landscape boasts, without the headache of I-70 traffic.

The Eagle County Regional Airport is now home to a brand new 47,000+ square-foot terminal, accommodating 24 flights per day through the winter and two flights per day in the summer. The new space adds about 10,000 square feet to the airport, but more importantly a second level that can accommodate all types of planes and new jet bridges for four of the six gates, ensuring a seamless experience for Vail Valley’s visitors. Twenty-four televisions, thoughtfully framed like art, display various media and flight information, and 35 floor boxes accommodate phone and laptop charging, creating a functional and welcoming space for travelers.Encore Electric decided to pursue this project for many reasons, including previous electrical projects at Eagle County Airport. With Encore’s history working in the airport, our team had a unique understanding of the built-in electrical capacity available for the expansion. However, an in-depth understanding of the building’s history didn’t keep us from looking ahead. Encore incorporated future electrical service upgrades, and installed conduits that will be used in the future to add air conditioning to the four new passenger boarding bridges.

With sights set on becoming an international flight destination, the new jet bridges are a critical addition to the airport. The great success of this project didn’t come without its fair share of challenges, including stringent TSA security protocols, frigid winter temperatures, and the imperative that construction not interfere with the rest of the functioning airport. Another recurring project challenge was finding a balance between budget and legacy. Lighting design options would be modified by the architect several times as the design team worked hard to achieve this balance.

TSA was ever-present throughout the project, running frequent security checks on the construction teams. Encore Electric worked closely with the airport security team to pull power and data underneath the security checkpoint. The Advanced Imaging Technology x-ray machine at the security check-point must work at all times for TSA security screeners, which meant overnight and off hours to ensure that the work was not visible and didn’t impact any flights. Encore also worked to integrate power charging and in-floor conduits so that power could feed through the chairs in the terminal. The original design didn’t consider this, and the team worked hard to accommodate this critical addition to the project.

Under the leadership of general contractor Hensel Phelps, Encore worked with BG Buildingworks to design all the circuitry for the new terminal. Every light in the new terminal is LED in order to meet the county energy savings requirements and the new terminal has both updated lighting control systems and fire alarm systems.

Bill Carson, Hensel Phelps Project Superintendent said, “This has been a tough project, especially since the weather has been constant with an endless winter. We’ve been lucky to have Josh (Pizzino) on the team with his ability to perform.”

Encore Electric had a team of twelve on the project at its peak including seven craftsmen:

Freddy Morales, a second year apprentice from Encore Electric, worked on the fire alarm system in the airport. “I didn’t know what to expect. I wanted to learn to do it the right way. Encore has a really good program,” he said. “Hopefully in the next 10 years, I’ll be a foreman. For now, being on this job, I’ve had the best of both worlds, running MC, installing lights and fire alarm and living here.”

Josh Pizzino Encore Electric project superintendent said, “The airport really cares about the passengers here and the passenger experience. We are happy to be a part of that.”