March 7, 2022 – Cheyenne, WY— The Encore Electric team in Wyoming jumped in to 2022 giving back to children in their community by competing in the thirteenth annual Cheyenne Boys and Girls Club Chili Challenge. This was the third year that the Encore Electric team in Wyoming participated in the challenge to raise money for the organization. Due to COVID-19 restrictions the event was cancelled in 2021, so the team was eager to be back competing for a worthy cause.

Chili Challenge teams raise money for the event through earning votes for their chili and booth decorations, as well as donating auction items. Each year the youth of the Boys and Girls Club come up with a theme for competitors to decorate their booths. At the last Chili Challenge the theme was the ‘50s, so Encore Electric decorated their booth as a ‘50s diner. This year’s booth theme was “Classic TV”, so the team accessorized their booth with Star Trek décor, including a sign and spaceship backdrop. 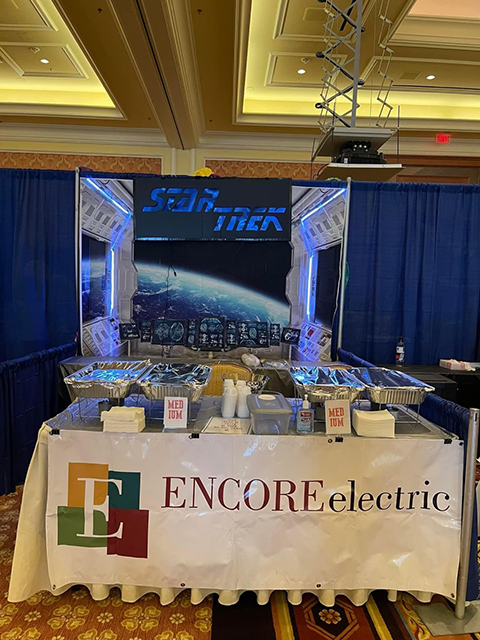 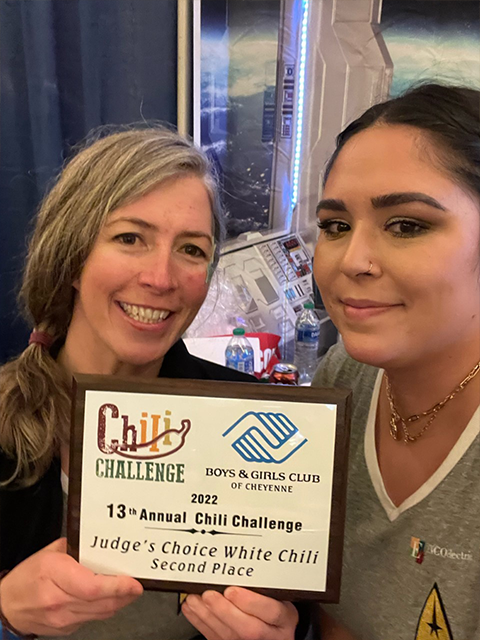 “Being with the community every year having a blast while helping the youth is such an awesome event to be a part of,” said Boden.

With the same event staff and competitors participating year after year, the Chili Challenge has become a community building event that Encore Electric can look forward to attending.

“The cook off is a great way for our team to put ourselves out there in support of the community,” said Strevey. “We have been able to build great connections with other businesses and community groups. We’ve even hired employees we met at the event!”