October 12, 2022 – Lakewood, CO — A central energy plant is the heart of a hospital. It controls critical hospital infrastructure from lighting, cooling and temperature controls, computer systems required to treat patients, and more. Expanding a hospital’s central energy plant would require Encore Electric to perform open heart surgery on an active hospital and Level III Trauma Center while maintaining power to perform its essential functions that save the lives of patients. The Valley View Hospital Central Energy Plant (CEP) expansion project in Glenwood Springs, Colorado did just that.

Like any major medical procedure that takes place in a hospital, particular care is needed to look at the unique conditions and needs prior to conducting any work. From the beginning of the project in July of 2019 to the completion in December of 2021, Valley View Hospital experienced an expansion of the lifetime and energy production capabilities of the hospital through the addition of a third floor and new rooftop space which brought an additional 3,471 square feet to the facility’s Central Plant. Additional levels and square footage made room for new electrical panels as well as a third generator. In total the three generators produce 4.5 megawatts of energy, the equivalent of providing power to 45 residential homes. Expanding and renovating the electrical infrastructure within the CEP will power the hospital to continue to grow to meet the healthcare needs of the surrounding community for many years to come. As a major hospital providing cancer treatments, trauma care, major surgeries, and more, the community relies on this hospital to be there for them, just as the hospital trusted Encore Electric to provide the needed upgrades to the CEP. 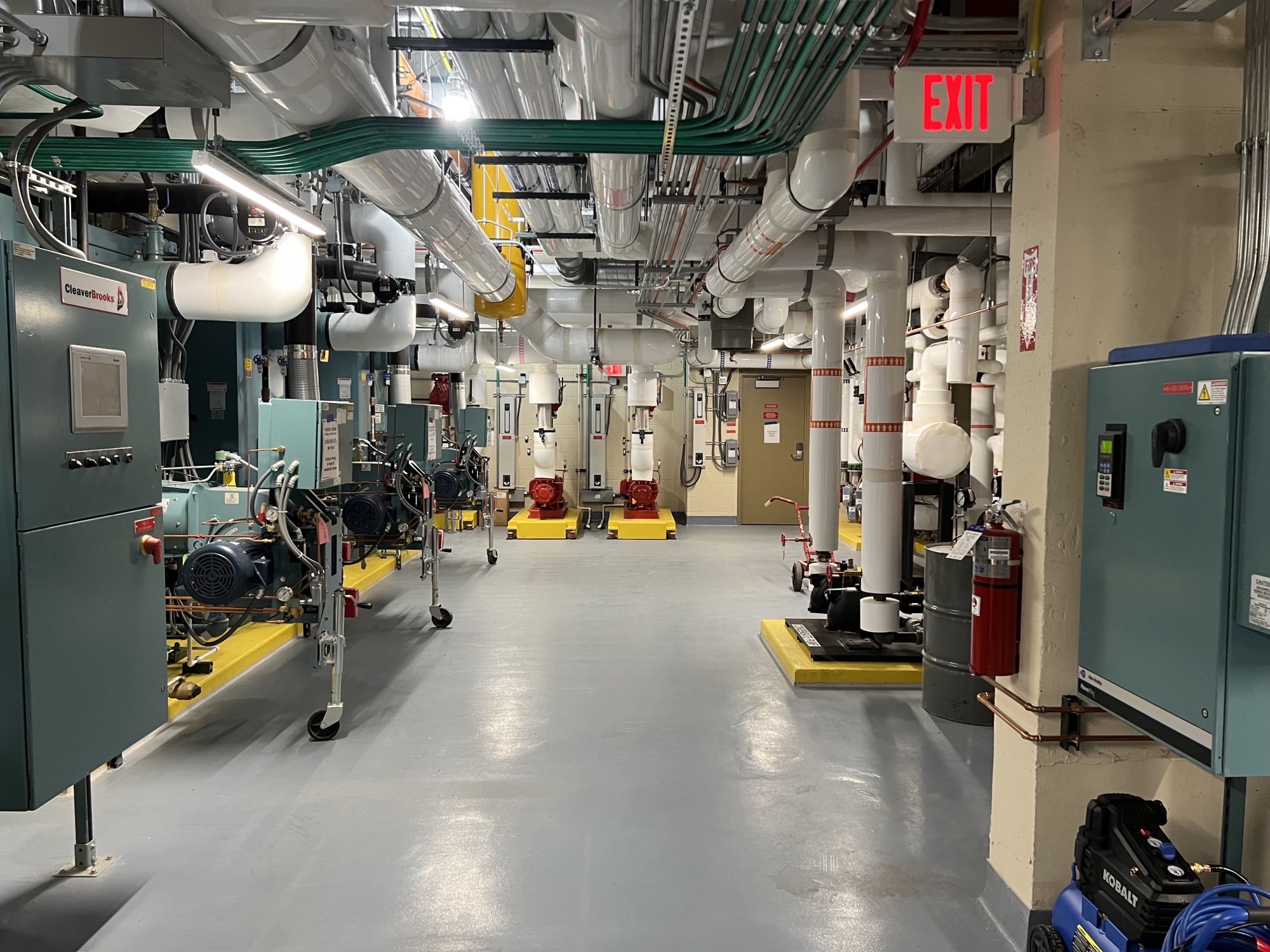 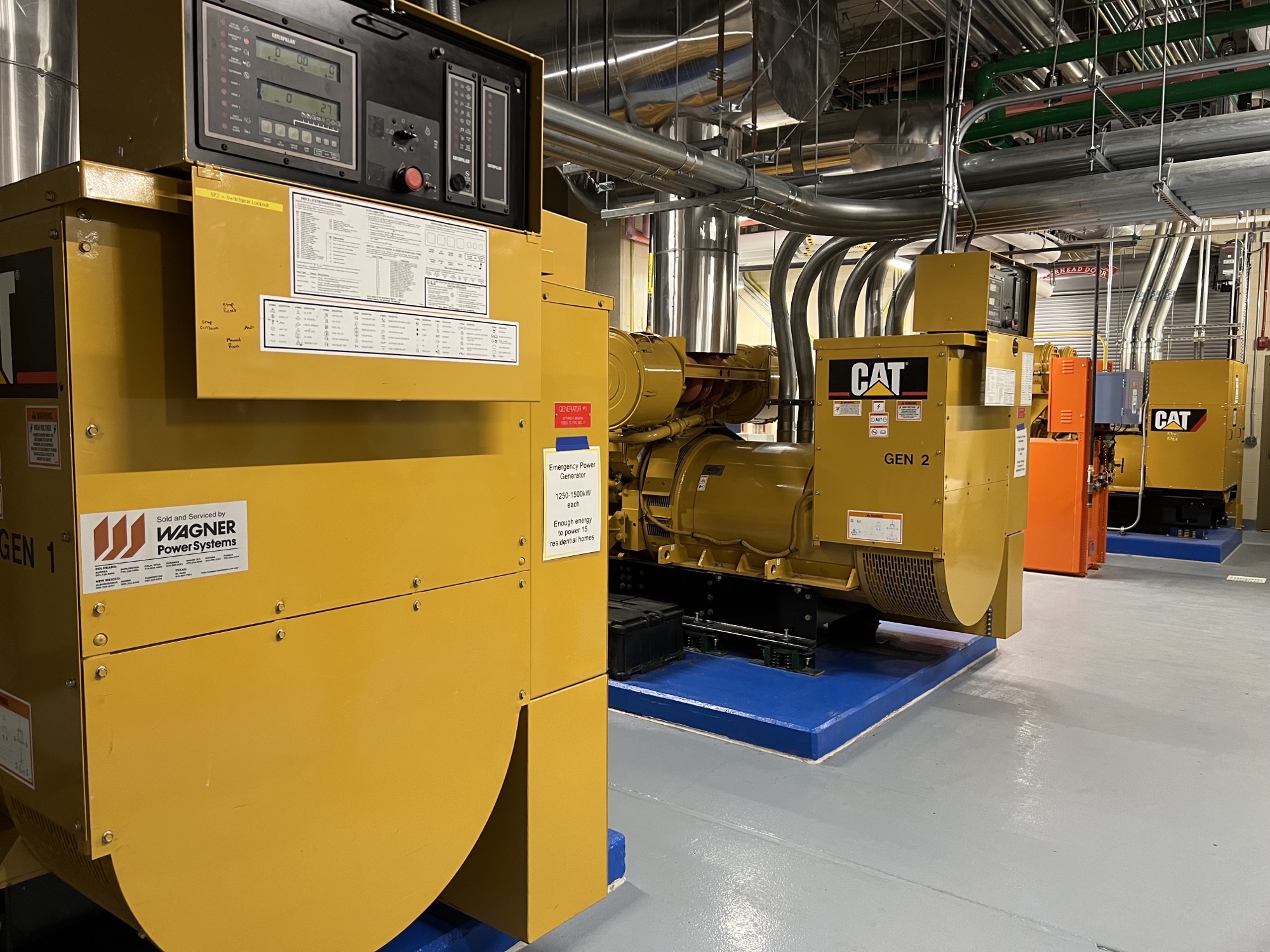 Efficient and effective execution of the expansion began with the construction team. With help from project partners, Encore Electric craftspeople developed a detailed sequence of operations for the project based on hospital data gathered in the months prior to the project.

The Encore Electric team scheduled changeovers and major steps in the plan for the night shift to minimize impact to hospital operations. Project teams remained aware of scheduled surgeries and as well as potential emergency situations that could arise in the community where work may need to be paused.

“We prepared for every need, every strain that would be put on the system during construction,” said Encore Electric Senior Project Estimator Stephen Schwengel. “With a project like this where lives are depending on us, there isn’t room for even a second of error, so we prepared for every possible circumstance.”

Keeping the hospital running while replacing its lifeline was a daring move, because power loss at this major hospital for any duration of time was not an option.

There were many phases and transition points of the project that needed to go smoothly for the hospital to operate without interruption throughout the project. Encore Electric had to phase out old electrical panels and adjust systems for the additional power the new generator would be providing. During a major period of transition, the hospital was powered by temporary generators to allow Encore Electric to synchronize the new electrical technology with the old.

“When we originally looked at this project, we thought it would be on the temporary generators for over a month,” said Pete Palmgren, Encore Electric Business Unit Leader. “We didn’t like the idea of relying on temporary power for that long. Continuously working to better the situation, our team reduced this time to seven days, with a lot of hours and ‘all hands on deck’.”

Project teams maintained their innovative spirits through and around the worst of conditions, from a pandemic, blizzards, local wildfires, flooding and more. On some occasions, electricians from the Encore Electric team drove nearly two hours to get to the jobsite due to road closures caused by fires and flooding. Despite feeling that all elements and plagues were fighting against them, Encore Electric teammates persisted through these physical challenges without interruption. 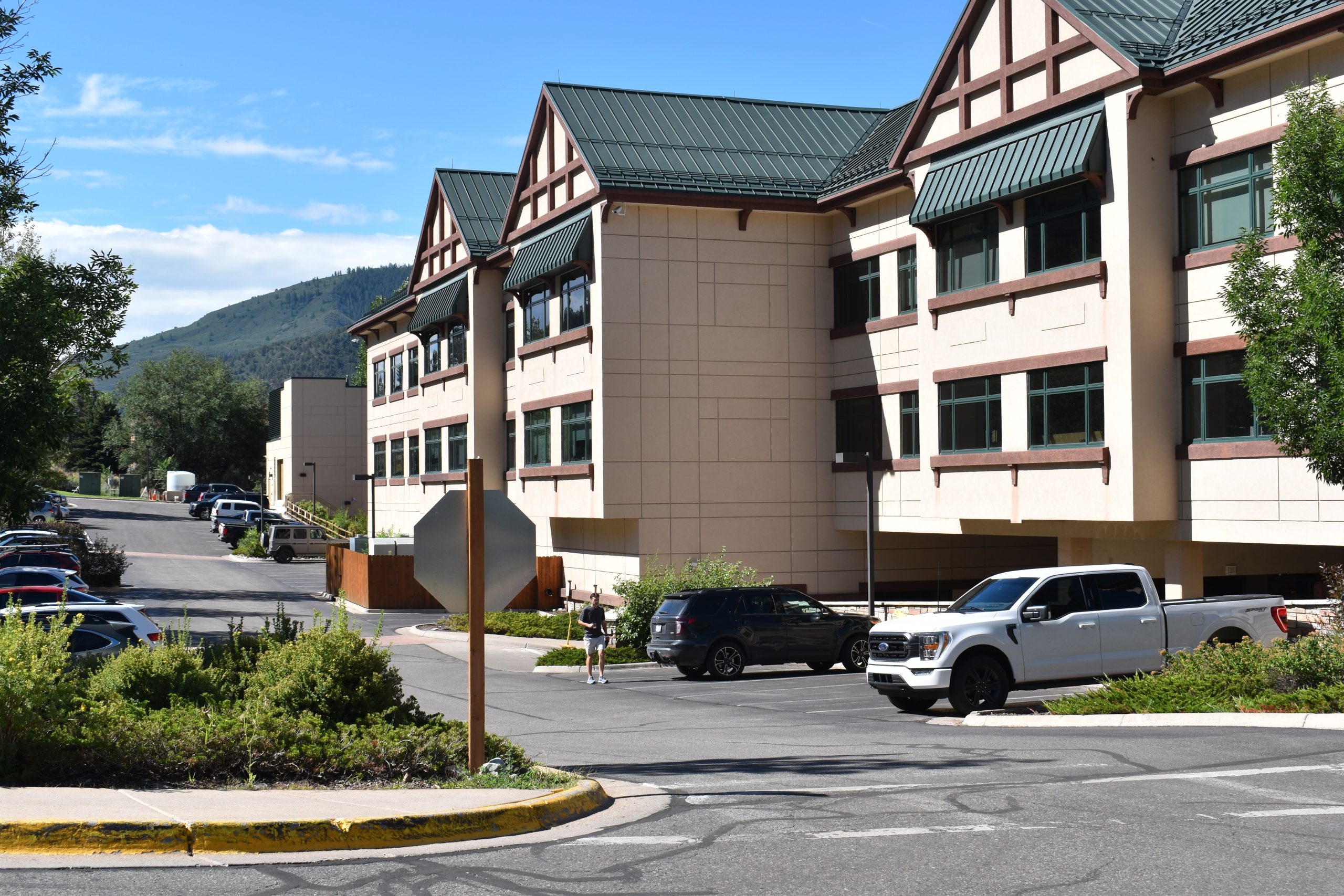 From mechanical contractors to the general contractor, knowing who was working alongside Encore Electric became key. Maintaining constant communication with all project partners, the teams built off each other’s strengths to step up to the innovation required on this project.

Encore Electric and Falcon Plumbing and Heating have been partners of Valley View Hospital since 2003.

“Working with Encore Electric is easy,” said Nate Nicodemus, Falcon Heating and Plumbing project manager. “You can always count on the team to communicate and get it right. We know we can rely on them.”

“I know Valley View has faith in me,” said Encore Electric Service Technician Jason Leach. “I love what I do here and am happy to keep supporting them.”

This longstanding relationship is a testament to the Encore Electric commitment to creating quality products and relationships with and for customers. The central energy plant expansion is a project that will benefit the Glenwood Springs community for decades to come. Encore Electric looks forward to standing alongside Valley View Hospital for the future, serving as a partner and a resource to power their facilities.