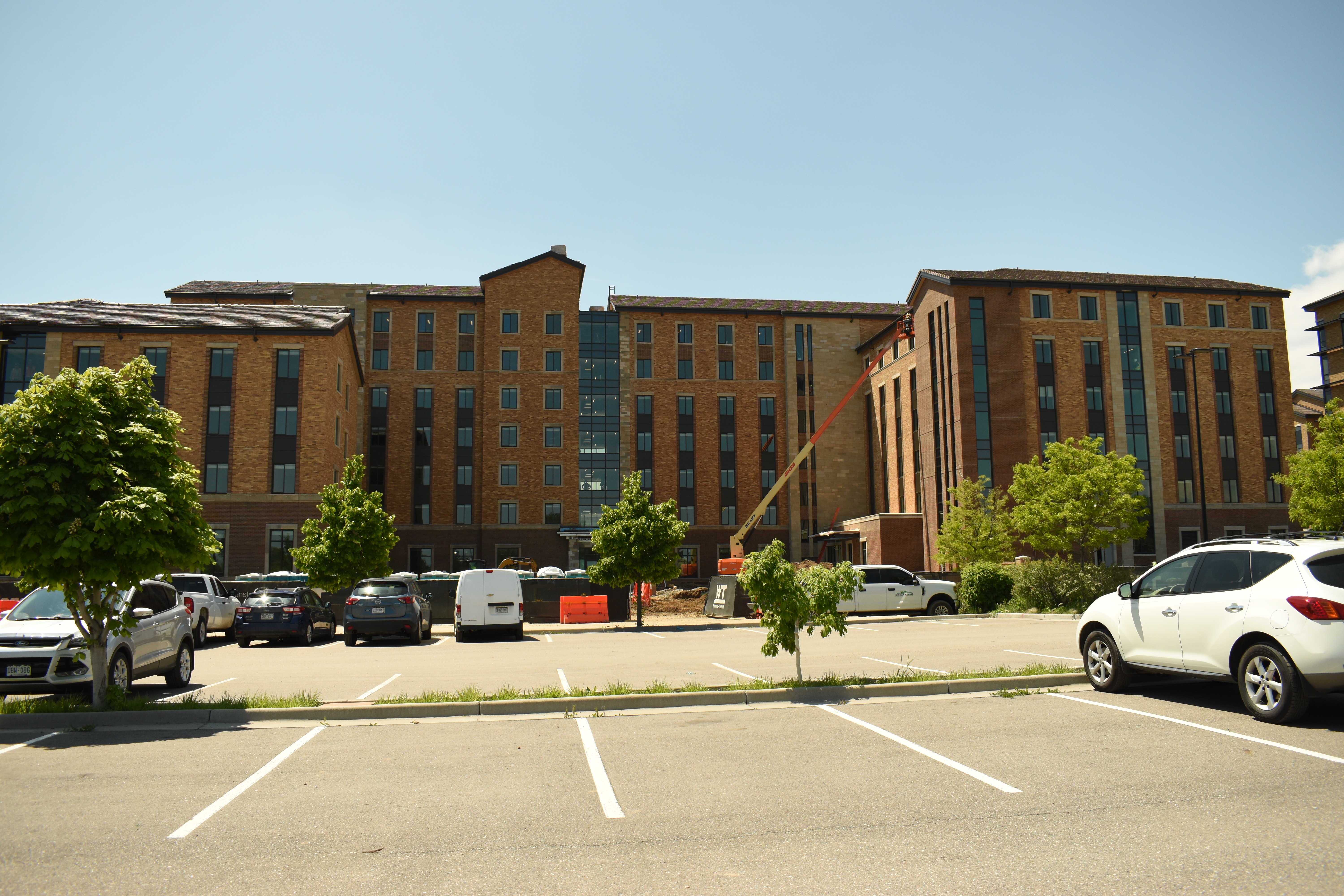 September 18, 2019 – Boulder, CO – After two years under construction, Williams Village East Residence Hall is now the largest on the University of Colorado-Boulder campus, with space for 705 students. With the goal of helping the university achieve a LEED Platinum certification for the facility, the space was built with a focus on sustainability and efficiency. The Encore Electric team worked diligently to build advanced and automated lighting control systems, occupancy sensors which control heating and cooling systems, and a multitude of other energy-saving features. The complexity of these systems was compounded by the unique structure of the building, which is supported by structural wall panels rather than the typical columns and beams. This type of construction is called the Hambro System.

Encore Electric had a team of 40 on the project at its peak and was responsible for power, lighting, fire alarm, tele/data raceways, and mechanical systems at Williams Village. The Building Automation Systems (BAS) team, led by Casey Thompson, installed raceways and wiring that involved connecting the fan coil unit in more than 400 student rooms to the occupancy sensors that control lighting. The BAS also includes a switch wired to the window, signaling the unit to shut off if the room is empty or if it senses an open window. These energy-saving automation systems allow the university to conserve a huge amount of energy as the fan coil unit (FCU) will not run when a student has the window open or if a room is vacant. Every student room has a switch by the door that will shut off all but one receptacle, in an effort to train the students to shut off anything that doesn’t require constant power.

Students will participate in an energy-saving competition that encourages students to learn energy-efficient habits and helps the building save up to 40% on energy costs the month of the competition. Every panel on each floor is metered separately and students have a LUCID read-out station on the main floor of the residence hall so that they can constantly monitor how much energy their floor is using. After the contest, students continue to save 15- 25% on energy.

“A lot of the energy-efficient features we designed into the building focus not only on saving energy, but also encourage students to get into the habit of being energy conscious,” said Megan Bogener, Project Architect and Interior Designer at KWK Architects

Andrew De Lorenzo, an Encore Electric fourth-year apprentice, worked extensively on the Williams Village lighting control system that “gave the entire building a pulse.” He describes the lighting installation process as challenging yet extremely rewarding. “I learned about lighting control and working with a scaffold on stairs,” De Lorenzo said. “Nick Archer and I completed 14 twelve-foot light fixtures, one at each stair landing. This was an extremely tedious and challenging task due to the repetition of breaking down and reassembling the scaffold, closing down the main stairwells in the building and making sure not to damage any finished products. But once we completed this process we felt as if we had accomplished the impossible.” 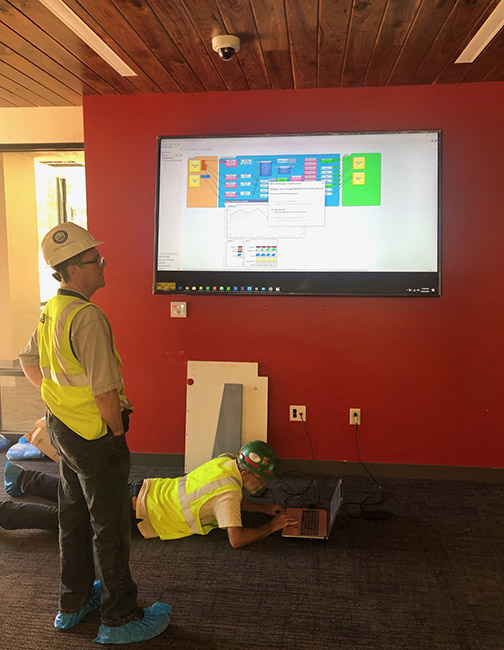 Encore Electric’s Technology Solutions team installed a stand-alone AV solution in the facility, where audio and video would not be connected to the campus network. This system includes audio in open areas and student lounge areas, as well as sound and video in some conference rooms. This system can be controlled from the reception area. This solution includes two Digital Signage displays which use technologies such as LCD, LED, projection and e-paper to display digital images, video, web pages, weather data, restaurant menus and more.

The team had to work very carefully because of the unique building structure, and were not able to modify any studs or add penetrations in the structural walls like they typically would to install boxes and raceways. Despite the complexity of the project and the challenges presented by the building structure, the team was able to come together to provide elegant solutions that enhanced the project. “I’ve never been on a job that the team has worked together so well.” Said Darren Jacobsen, Encore Electric project manager.

“The professionalism and great work ethic of the entire Encore Electric team was apparent through the leadership of Darren Jacobsen, Jeff Morell, Matt McCloud, Jacob Baca, and Isaac Palomares. Whenever there were issues, your team always brought solutions. You can tell how great the leaders are listed above by the way the crews conducted themselves throughout the project. I know the client is thrilled with Encore’s efforts, and so are we,” said Jeff Mehl, project superintendent for general contractor Whiting-Turner.

Another energy saving process utilized in the residence hall is Electrochromic Glazing on South and West facing public spaces. Electrochromic glass is electronically tintable smart glass for windows and skylights. In order to help control the amount of heat coming into the building, the glass lightens and darkens depending on the intensity of the sun.

Encore Electric Superintendent Matt McCloud is proud of Encore Electric’s strong partnership with the client, University of Colorado – Boulder. “This is another successful project that hopefully builds on the relationship our Boulder team has with the University,” he said. “Building more than ten projects over the last decade has allowed us to have a constant presence at CU that hopefully doesn’t end anytime soon.”