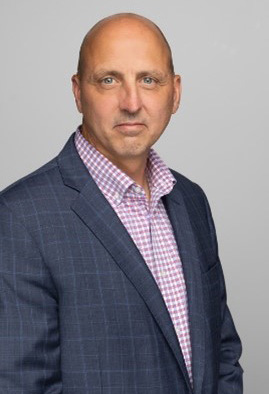 Al Paxton is Chief People Officer for Encore Electric. Since joining the team in November 2021, Paxton has been responsible for leading Encore’s HR organization, including talent recruiting and management, leadership development and learning, employee relations and engagement, and succession planning.

Paxton has been people-focused throughout his life, committed to championing peak performance through a careful merging of strategy, talent, and culture. With a distinct focus on leadership, his expertise in human resources stems from a deep-rooted mission to help people advance, to become focused contributors who thrive in dynamic conditions and who operate from a place of strong values. His passion lies in fostering culture and enabling the full potential in others so that Encore can serve our customers better.

Prior to joining Encore, Paxton served as a Senior Leader with the U.S. Army Special Operations Command for 25 years, working out of Fort Bragg, North Carolina. He is a retired Green Beret. During his military career, Paxton was often challenged to solve impossible problems overseas, many involving HR and cultural differences, as well as legal issues. In his role as program director, he led the Command’s workforce development efforts, working with active-duty military, government service employees, and civilian contractors. Armed with a strong belief in the concept of present-leadership, he successfully led large-scale complex change efforts involving hundreds of people across multiple nations through his full-engagement, deep listening approach to problem solving.

Paxton is a recipient of seven Bronze Star Medals, the FBI Shield of Bravery, and the Air Medal among many others. He was instrumental in helping to establish one of the first branches of the Honor Foundation at Fort Bragg, a nation-wide career transition program for U.S. Special Operations Forces that effectively translates their elite military service to the private sector. In 2021, he was named a Fellow of the Honor Foundation.

Born in Chicago, Illinois, Paxton grew up in the Salt Lake City, Utah area, where some of his favorite memories involved camping and skiing with family and friends. Paxton is enthusiastic about living once more in the Rocky Mountain West, where he and his family plan to enjoy local travel, outdoor recreation, and family togetherness in Denver, Colorado after 12 years of military deployments that kept him far from home.