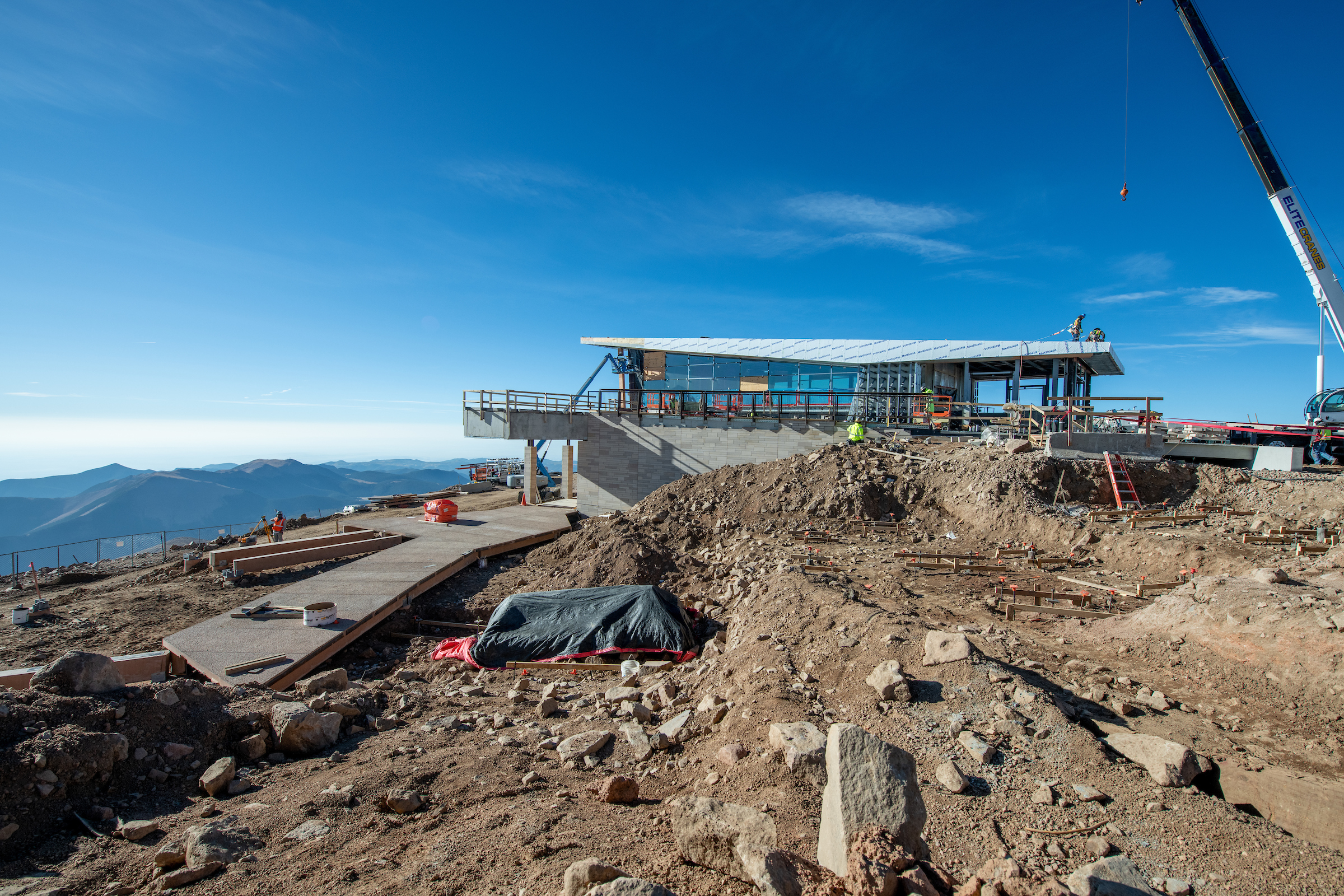 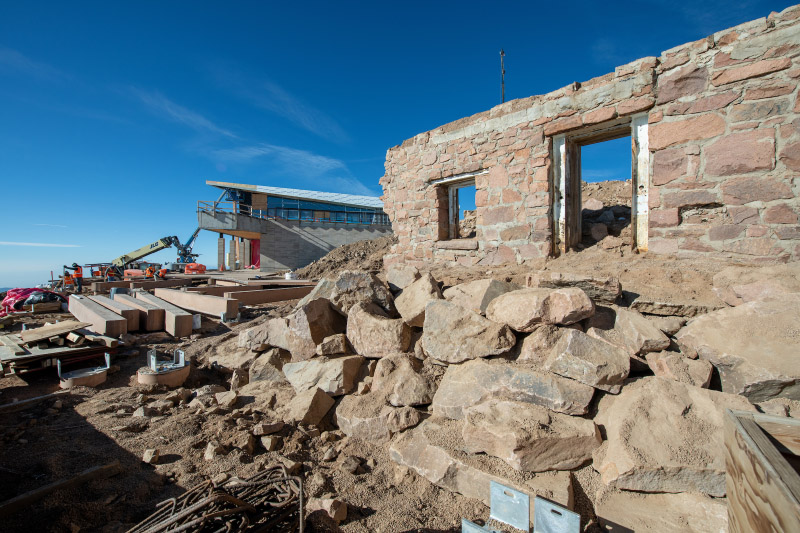 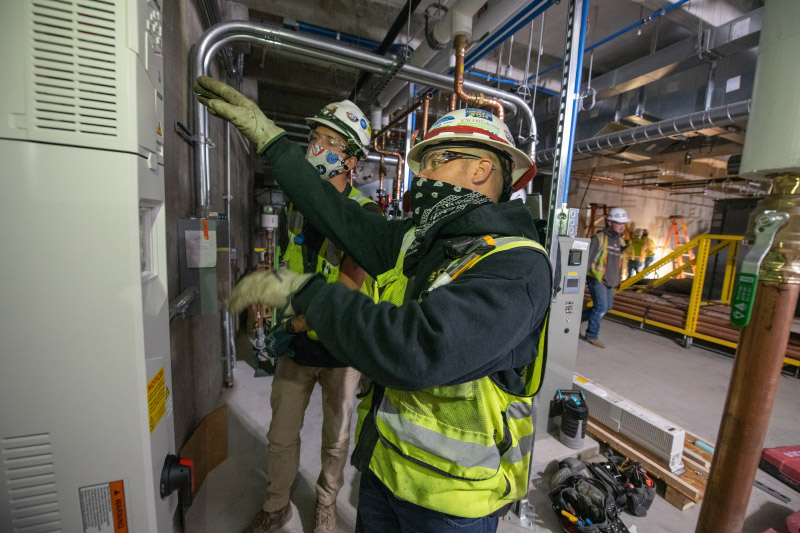 Pikes Peak is one of the most iconic mountains in the United States, achieving its fame in the lore of explorers and songwriters. Now construction teams have made it more iconic by building the monumental Pikes Peak Summit House at 14,115 feet above sea level, the highest elevation project being built in North America right now. With general contractor partner GE Johnson, Encore Electric has worked through all phases of design and construction on this project. If the challenge of working at high elevation wasn’t enough, the project team has ambitions to achieve the Living Building Challenge. This sustainability certification is extremely difficult to achieve and only a small number of buildings in the world have accomplished this level of sustainability, including the Bullitt Center in Washington and The R.W. Kern Center in Massachusetts.

To begin with, extreme project elevation has impacted the entire construction process, from submittals to the types of materials that can be installed to extreme weather. Encore Electric relocated the primary power feeds out of the footprint of the new building to allow for excavation to begin. Due to high altitude, every craftsperson is required to pass a very involved fitness test prior to receiving a badge to enter the project site.

Weather proved a constant challenge on the site, as one can imagine on a project at 14,000 feet. From snow to wind, and rain to heat, electricians encountered nearly every type of weather during the project. During May 2020, there were days when the project team had to deal with nearly a dozen feet of snow that fell the night before. Project team members had to carpool to the top, and apprentices had to meet at an early hour, drive together to the top, work all day at altitude and then go to school at night.