July 9, 2020 – Denver, CO — Science, reason and technology – these are the foundations of our way of living. The electrical trade is just like that – the things we rely on every day are powered by electricity. Now Encore Electric is helping bring reliable power and energy to the Denver Museum of Nature & Science in two separate projects that promise to future-proof the building and exhibits for decades to come.

First, since October 2018 the Encore Electric team has been bringing much-needed infrastructure upgrades to the electrical power systems that feed the Museum, including 15 kV paralleling upgrades, chiller plant upgrades, boiler plant upgrades, smoke control, air handling unit power and cooling towers. In addition to all of those extensive upgrades, the team working on this aspect of the project also discovered existing switchgear and 15kV transformers that needed to be replaced with upgrades.

“The most challenging parts of the projects thus far have been the coordination between the facility and engineers,” said Dustin Giles, superintendent for Encore Electric. “The logistics of working in an open and very busy facility during off-hours with nighttime shutdowns, all while bringing existing systems and specific areas up to code has been very challenging, as well.”

Like most challenges, this one was tackled with extra communication between the Encore Electric team, the general contractor partners and the Museum staff.

Many of these areas were originally constructed between 1904 and 1908, with other additions like the Phipps Auditorium added in the 1930s, the west wing and atriums in the 1980s and the boiler and chiller plant in 1984. As such, working in these areas takes extra care. 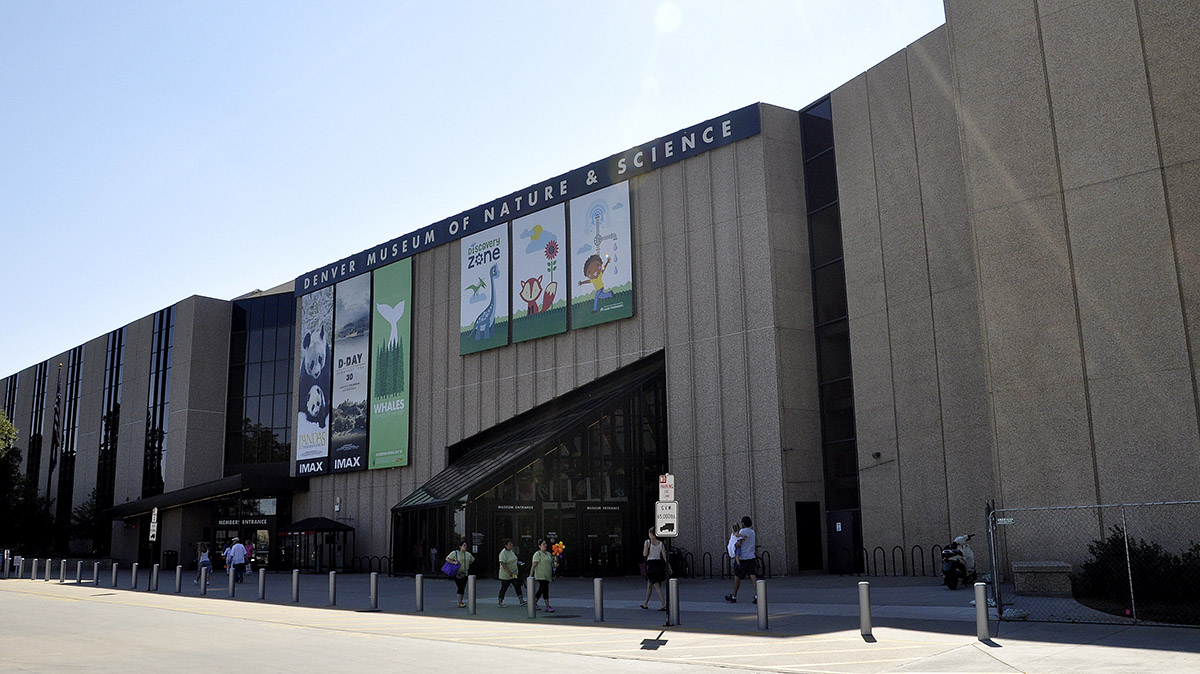 In addition to the infrastructure work, Encore Electric is also busy with the remodel and reimagining of the Space Odyssey exhibit, a beloved feature of the Denver Museum of Nature & Science for decades. First opened in 2003, the exhibit has received minor adjustments and enhancements and the overall concept has remained the same through the years. A remodel was necessary to better reflect community interests and ways of learning, as well as provide new state-of-the-art features to pique the interest of museum guests.

The work in this area includes demoing the old exhibit, and installing new lighting, lighting control, power, telecommunications and fire alarm systems. It is challenging because many systems for the rest of the Museum run through the exhibit, requiring extensive research to make sure the Encore team only removes pipe, wire and technology that has been serving the Space Odyssey exhibit itself. The project team has installed about 44,000 feet of wire on the new Space Odyssey exhibit.

The project also requires a large amount of coordination between the Museum staff, general contractor, other trades and the design team as there are many members of the team that have specific needs. Numerous new exhibits have particular lighting, power, data and control needs that must be met in order to create the most advanced and illuminating experience for museum attendees.

“The lighting control system on this project in particular is very complex, and there are many aspects involved in getting it done right,” said Lane Morgese, project manager at Encore Electric. “We are making sure to ask all of the necessary questions, which has gone a long way toward ensuring that we provide what the Museum wants and needs.”

“Space Odyssey is one of the first exhibits you come across when you walk into the Museum,” said Coreen Smith, superintendent for Encore Electric. “There are many interactive locations in the area, such as a spaceship simulator that lets guests explore space via the controls of a ship like a video game, and an exhibit that mimics the feeling of being in space.”

Altogether these two projects, with electrical work done by the Encore Electric team, promise to keep the Denver Museum of Nature & Science running like clockwork for decades to come.

“It’s an honor to work on such a high profile and challenging project,” said Kevin Gardner, foreman at Encore Electric. “We have a great team of electricians who seem to be up to tackling such a challenge and exceeding the Museum’s expectations.”