Efforts focus on Veterans, Children, Housing and the Environment

September 17, 2018 – Denver, CO —  The summer months were not lacking in enthusiasm for volunteer events by Encore Electric employees. Many events were sponsored by the company, including trap shoots and golf outings, and even larger impacts were made by employees working to change the environment, building homes and working with children and veterans in their local communities. Recent volunteer efforts culminated with the first ever Encore Gives! Day on September 8, where nearly 100 of Encore Electric employees, families and friends volunteered in multiple local communities on the same day.  Didn’t get a chance to volunteer? No worries, a team in Colorado Springs will be helping to build a house in October for Mary’s Home, a group that helps women and children break free from the cycles of poverty and homelessness. Here’s a recap of what was happening on the volunteer front.

Working to change the environment takes a concerted effort. That’s why at the Eagle County Fair this summer, Encore Electric volunteers assisted the Eagle County Government and the Climate Action Collaborative in a light bulb swap.

“Encore Electric is a supporter of the Climate Action Collaborative and an active community partner in Eagle County for 15 years,” said Liz Bankert, Encore Electric project accountant and Actively Green advocate. “This is a way for us to help demonstrate a way for fellow Eagle County residents to cut energy costs and climate pollution in our community.”

“With Encore Electric’s help we hope to help our community reduce energy use and save money, all while reducing our carbon pollution,” said Kim Schlaepfer, Climate Action Collaborative project manager.

Replacing two LED bulbs saves $16 per year on electric bills and cuts 230 pounds of air pollution. In all the team collected 86 lightbulbs, saving Eagle County residents $688 and reducing 9,980 pounds of pollution from the air!

And, on Encore Gives! Day the mountain team, together with a few volunteers from Denver, took on another environmental challenge. With a team of around 25, Encore Electric was the largest volunteer group joining the Eagle River Watershed Council and more than 300 volunteers from local businesses and organizations in Eagle County, Colorado for the 27th Annual Eagle River Clean Up. Volunteers combed 68 miles of Eagle County rivers and streams including the Black Gore Creek, Gore Creek, Eagle River and the Colorado River. Encore collected 27 bags of trash and all in, more than 4,000 pounds of trash were removed from the rivers.

“The Eagle River Cleanup was a great opportunity to give back to the beautiful environment we live in,” said Nick Signorelli, Encore Electric project coordinator. “A lot of us in the mountains share a common interest of the outdoors, so it was nice joining together as a community and taking care of the river that we use for fishing and rafting. Even though the Eagle River is a clean river, you wouldn’t believe all of the interesting things that were collected.”

“The amount of camaraderie we built with each other and with our general contractor partner, GE Johnson will pay dividends on future projects, because we got to know each other so well,” said Encore Electric Project Manager Bob Bergman. The team was really happy to make a difference in the Gypsum community, where we are working on a school and the Eagle County Airport.

Habitat Vail Valley was really pleased with the work of the team, posting on social media that they were impressed with “how much work gets done when a professional group comes out.”

Working to inspire the next generation and bring joy into the lives of others was the theme of one Labor Day weekend event and three Encore Gives! Day projects.

On Labor Day weekend, three separate teams worked the weekend at A Taste of Colorado in Denver to help inspire future generations and bring power to those seeking a charge for their phone.  In Civic Center Park in Downtown Denver, with the a former Encore Electric project in plain view (Denver Judicial Center), teams worked to showcase our work and to spark interest in the electrical field.  One group helped a woman charge her electric wheel chair, while other groups taught people of all ages how to wire traffic lights using the Encore University training boards while they were waiting for their phones to charge.  The Downtown Denver Partnership estimates more than 500,000 people attended the festival during the three-day event.

One of the Encore Gives! Day events was held at the Children’s Hospital. Encore Electric volunteers hosted a craft party in the lobby where all children and guests of the hospital were invited. About 10 kids and their families participated in making Broncos jerseys and helmets out of orange and blue pipe cleaners.

“I volunteered because I like making a difference in the community,” said Jairo Rodriguez, Encore Electric 2nd Period Apprentice who is working with Service and Special Projects. “Most of these kids are all stressed out because they are in the hospital, and taking their mind off of the real picture with the craft really brightened their day.”

Serving veterans was another  theme of the day, as a 10-person volunteer team dressed in Encore Gives! Day garb brought a barbecue lunch to residents at a veterans’ facility close to the Lakewood corporate office.

“We were honored to share food and conversation with everyone who served our country and everyone that provides future opportunities, dignity, and care for them and their families,” said John Clouse, Encore Electric Senior Estimator.

Just down the road at the new Denver Veteran’s Memorial Hospital, 33 volunteers representing Encore Electric donned their Encore Gives! Day t-shirts and red, white and blue to serve more than 300 patients and staff with the famed Encore Electric barbecue lunch.  They kept the grillers hard at work for four hours straight!  Volunteers loved the opportunity to connect with the veterans, learning all about their service. And, hospital patients loved seeing the Encore volunteers, many of whom were children.

“My wife and I wanted to help out because participating in service activities helps keep your family grounded and focused on our true priorities in this life,” said Charlie Brown Encore Electric Foreman, who is working on the CU Williams Project.  “The kids had fun talking to a couple of the vets outside and inside the hospital.  It helped them to gain a new respect for those who have served. It was good to see our company giving back to the community that has given us so much.” 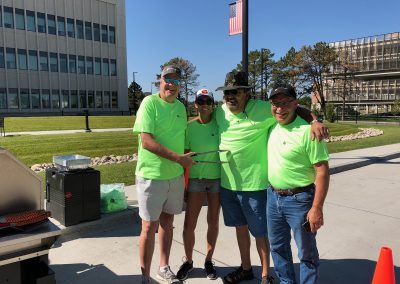 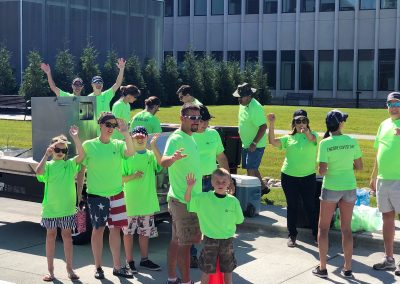 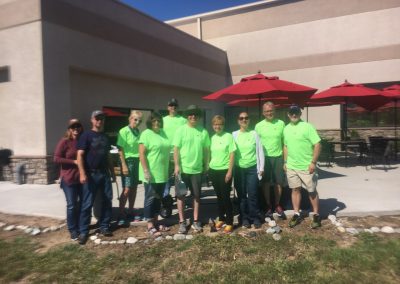 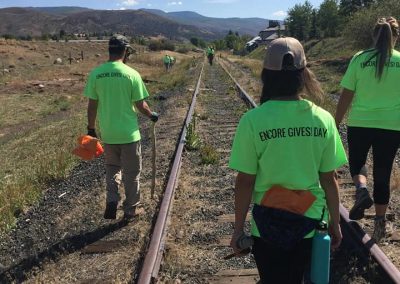 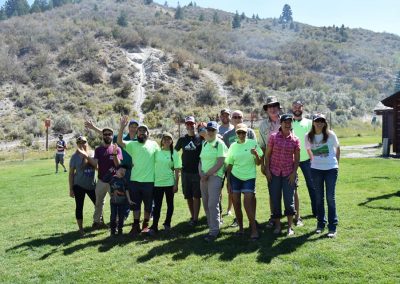 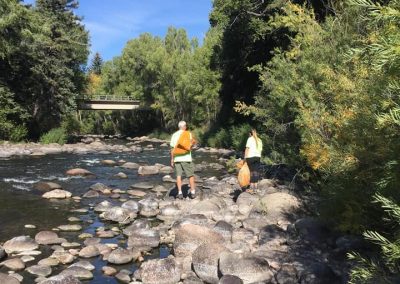 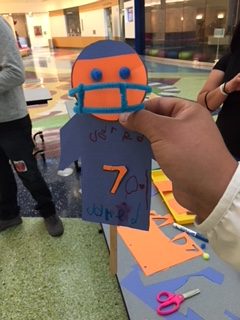 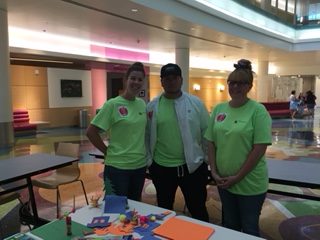