St. Dominic Priory Serves as a Backdrop for the Dominican Order’s Continued Service to the Denver Community

March 29, 2022 – Denver, CO — After waiting more than 20 years, the long-anticipated renovation of St. Dominic Priory in Denver was finally completed by the Encore Electric team after an obstacle-packed build. Discussions on the renovation began in the early 2000s but struggles to gain funding and support for the renovation delayed the project.

St. Dominic Priory has had a presence in the Highlands neighborhood of Denver since the 1880s when a group of Dominican friars came to Denver for the sunshine and proximity to the mountains, which were thought to cure illness during that time. Since arriving in Denver, Dominican Friars and Sisters have established a strong foundation in the area, building community in the Highland neighborhood when it was mostly made of immigrants and families. Over the past two centuries, the work and calling of the Dominican Friars and priory building have grown and changed, leading to the renovation needs of today.

Plans for the renovation were underway for 20 years as the church raised funds and awareness of the need to update the facilities. Encore Electric joined these longstanding efforts in the preconstruction phase, maximizing the priory’s budget to meet their needs and exceed their expectations.

“We did our best from a preconstruction standpoint to collaborate with the priests and staff, educating them on cost and design details to help them get the most out of the project and create a final product that will help them continue to grow,” said Adam Dillman, preconstruction manager.

After funding goals were met in 2018, the building committee hosted a groundbreaking to begin the renovation. Despite the groundbreaking, construction did not start until 2019 due to zoning and permitting challenges. The Dominican friars use the priory as their home, as well as a place where they invite the public to gather. Such a multifunctional home made zoning and permitting standards unclear to inspectors, extending this process for the renovation. 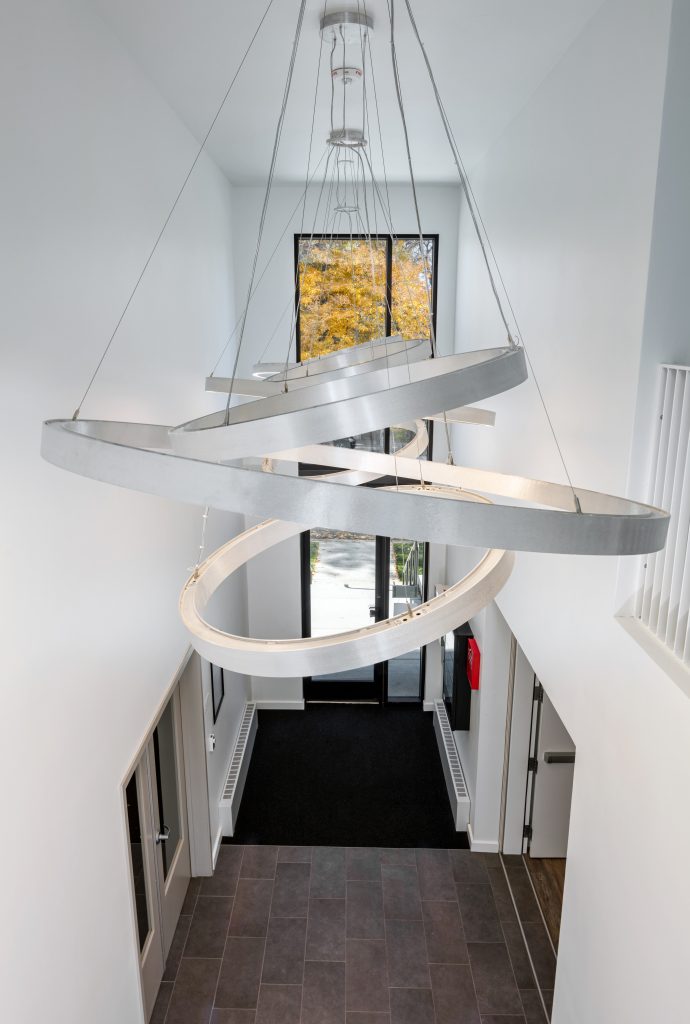 Once building began, Encore Electric was faced with more obstacles, including typical setbacks, such as asbestos abatement. Of course, what religious center project would be complete without an act of God? During demolition, lightning struck the building, resulting in the need for a new roof. Encore Electric and our partners leaned on each other through these hurdles as work continued, ensuring that the priory was still a success.

“Dealing with this building was painful,” said Fr. David Wright. “We had asbestos, we needed to replace the roof, redo the entire electrical system, and we had COVID and supply chain issues.”

The main goal of the project was to renovate the existing building structure and connect it with the newly constructed portion of the building.

To maintain consistency in technology between the new and old building structures, there were several systems not typical in new construction put in the new building. One of these atypical systems was an evaporative cooling system, which brings in a lot of moisture to the interior of the building. This required Encore Electric and general contractor Mortenson Construction to creatively engineer the implementation of the system, paying special attention to the wood structure of the facility.

Encore Electric Journeyman Slade Pletcher was eager to take on these challenges of the project as he earned his Journeyman’s license during the renovation.

“Earning my Journeyman’s license was cool, because I was given the blueprints and was able to rough in the new addition of the building,” said Pletcher.

Renovating the already existing side of the building also meant it needed to be brought up to code with smoke ratings on existing walls. Mortenson Construction self-performed that challenging and expensive work, as it was a life-safety issue and a priority in construction.

“The challenging piece for Superintendent Adrian Vosburg was trying to figure out how to connect to the outlets through the slab, because the walls stayed in place. He had to get down through the wall to connect the electrical,” said Pat Marsolek, superintendent.

Other new technology brought into the priory also included an elevator and building management system. 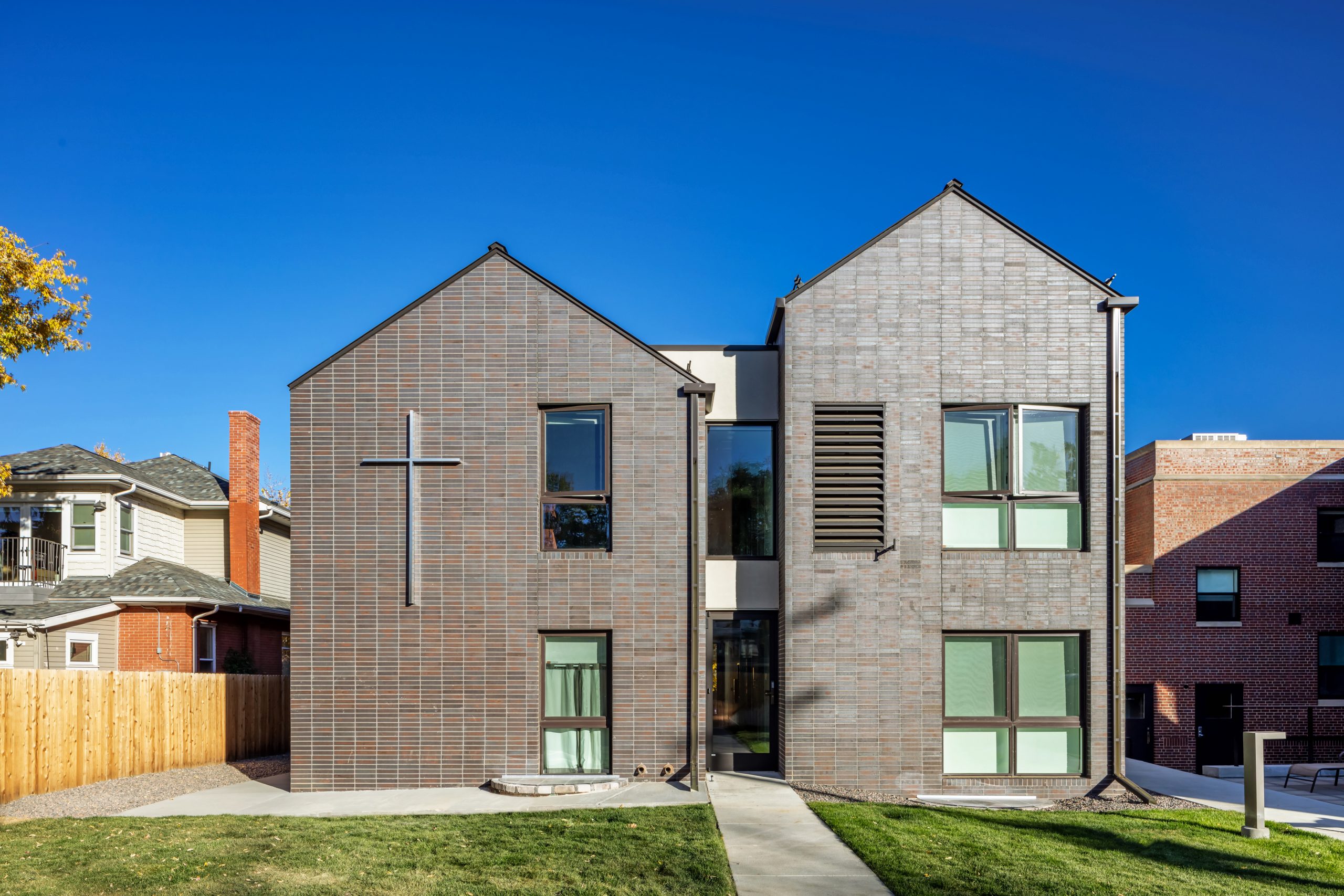 Encore Electric did not shy away from the challenges that they faced through the renovation project. Through consistency and persistence our team met the challenges head on, ensuring the project was successfully completed. The tight-knit team from Encore Electric prioritized building relationships with the Mortenson team, the Dominican friars and priory staff to collaborate and lean on each other as problems arose.  “Growing a relationship with the priests was special. With so many people in and out, it was nice to have some familiar faces on the project and get to know who we were doing the work for,” said Vosburg.   “During the process of building a structure, we created relationships with the priests, and that made it easier in the building process,” said Dave Espinosa, from Mortenson Construction. “We are fortunate that we had trade partners like Encore Electric that paved the way for other contractors to step in when things get really difficult to show what a relationship looks like and what looks good from a quality and safety aspect. It is what we came to expect from our trade partners. It’s so important when we are creating the culture of a project.” 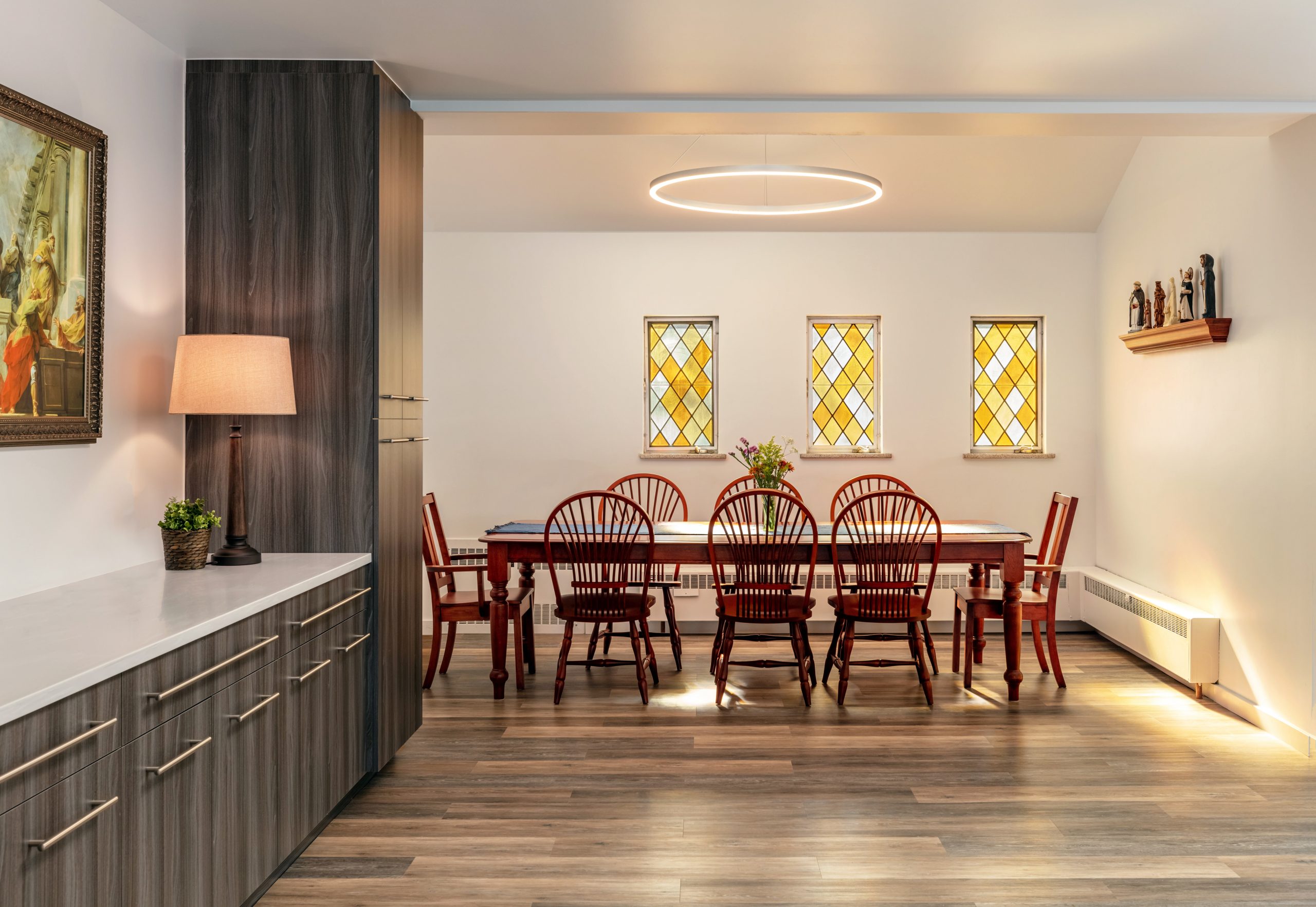 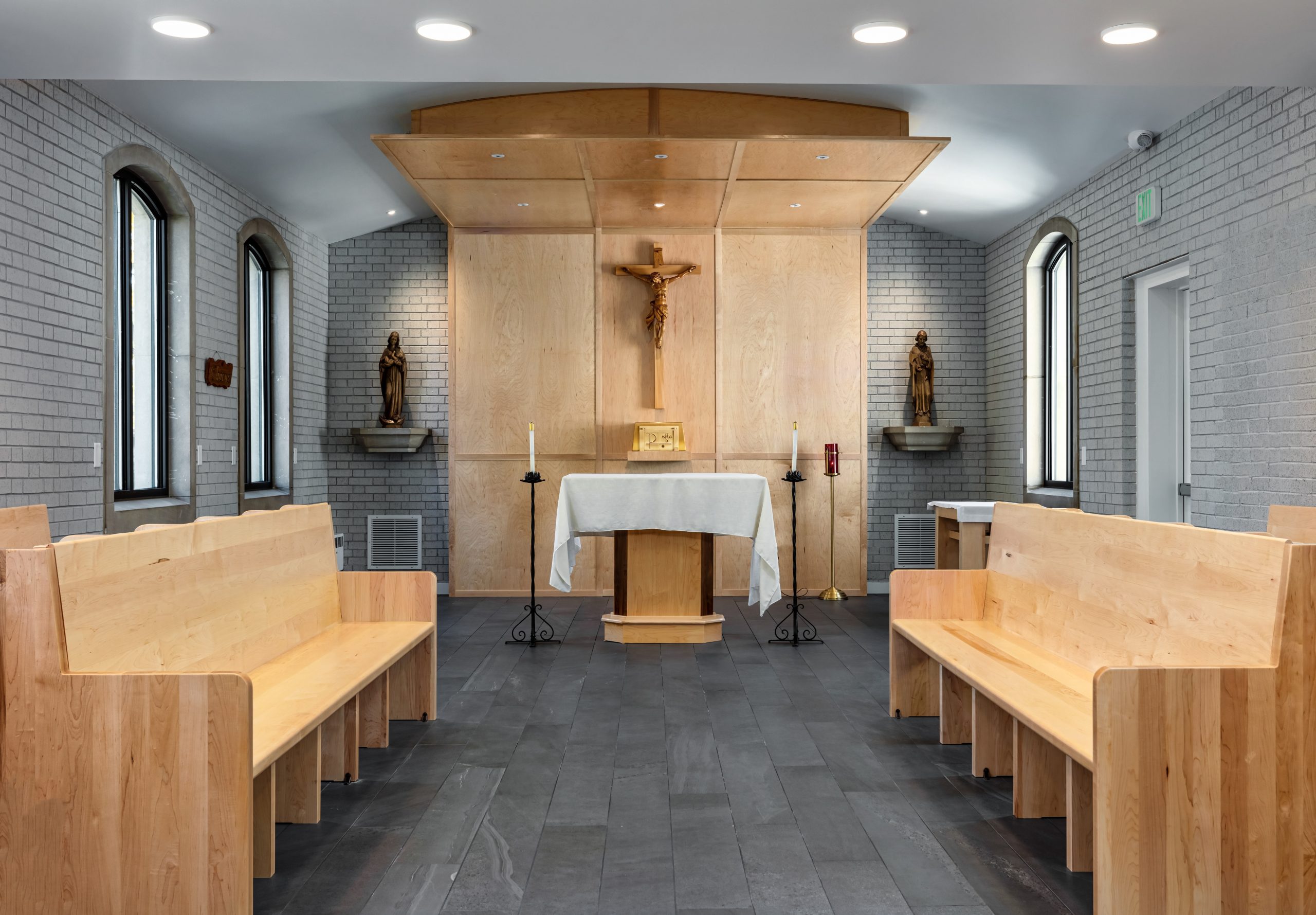 After the expected six-month project became 18 months and 5,500 craft hours, the renovation was completed. The 22,000 square foot building has 24 bedrooms total, with the novitiate’s rooms on the top floor and the senior priests’ rooms on a separate side of the building. Common spaces including a chapel, dining room, recreation room, library, and classroom can be found in the basement of the priory.   Now that they are moved in, Fr. David Wright enjoys the shared spaces of the dining room and recreation room.   “It’s all open space, before it was these three rooms. We had a little honeycomb for offices. And now, it’s all open. Everybody loves it,” said Wright.  Regarding working with Encore Electric, Wright said, “Adrian Vosburg was terrific, Pat Marsolek was always here when we needed him, he was just great. Awesome. Once he knew what you wanted, it just happened.”